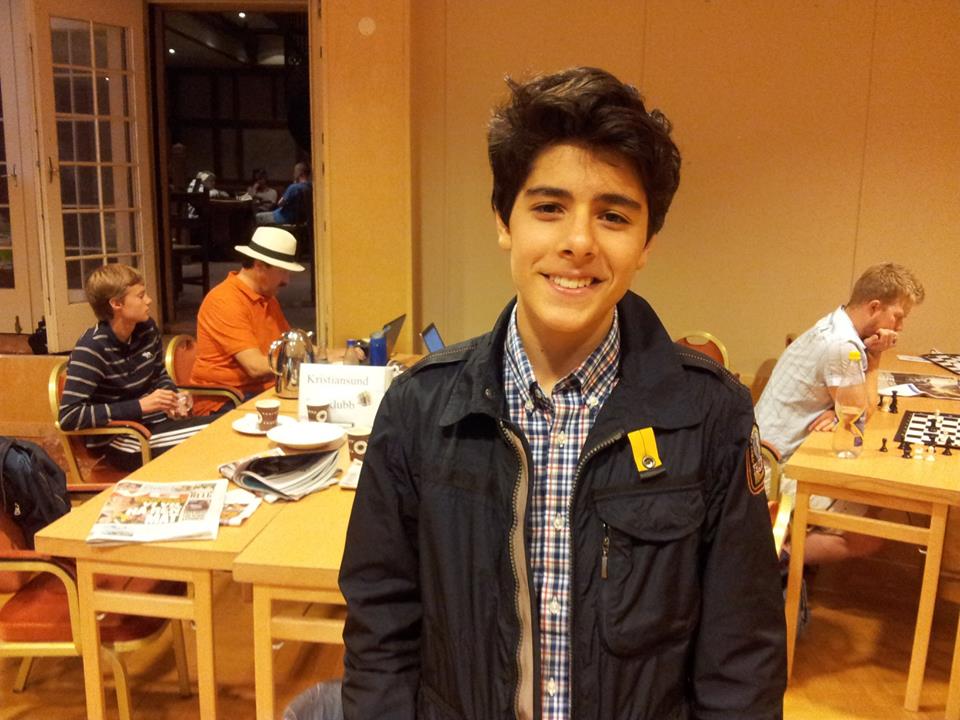 Just three months after he made his first GM norm, 14 year old Norwegian FM Aryan Tari has completed all the requirements  and is set to become one of the youngest IM’s in the world.

The 14 year old made a sensational result with his first GM norm  in the Open Norwegian Championship in Fagernes last Easter beating national team players GM Jon Ludvig Hammer and IM Frode Urkedal on the way.

His result made news on the biggest chess sites all over the world, such as Chessvibes, ChessBase, Chessdom and Susan Polgar’s blog. Aryan even got attention in from Norwegian newspapers, which is quite unusual in this country, unless your name is Magnus Carlsen.

After the sensation at Fagernes, a couple of disappointing results followed. But Aryan soon struck back and made his second norm with a fantastic result and a 2507 performance in the 6th Sveins Memorial in Oslo in the end of June. 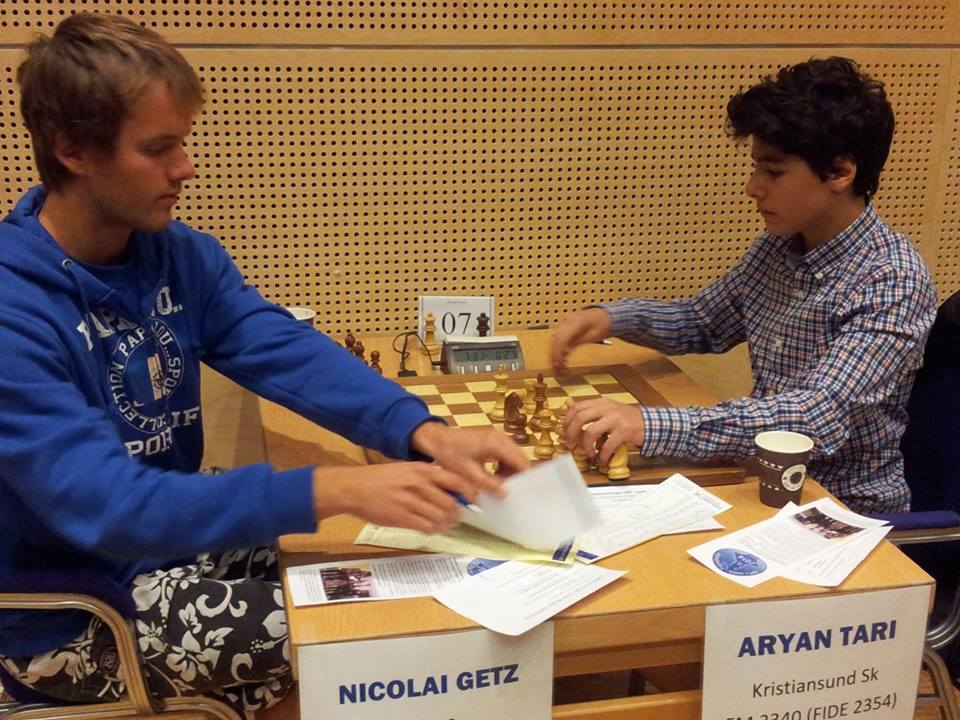 Photo taken seconds after Nicolai Getz resigned vs Aryan Tari in the 9th and last round in the Norwegian Championship, securing the final norm for Aryan. Photo: Tarjei J. Svensen

Just a week later in the Norwegian Championship, the prodigy with parents originating from Iran, completed the requirements for the IM title.

With his last round win vs IM Nicolai Getz (2359) the title was secured. As the second youngest in the Norwegian Championship ever after Magnus Carlsen (who was 11 years old in 2002), Tari finished 8th with 5/9 and a 2454 performance among the 22 participants.

More importantly, his 3rd norm was secured within just three months, and at the same time Aryan had passed the necessary 2400 rating!

This meant that the 3rd and final IM norm was secured at the age of just 14 years 1 month and 2 days!

Although Aryan is a couple of points short of the monstrous 2557 rating held by 14 year old GM Wei Yi from China, a top 5 in the world ranking under 14 is, with the exception of Magnus Carlsen, unique in Norwegian chess history.

Chief editor of the official Norwegian chess magazine WIM Silje Bjerke conducted a nice interview with Aryan after his result in Fagernes. 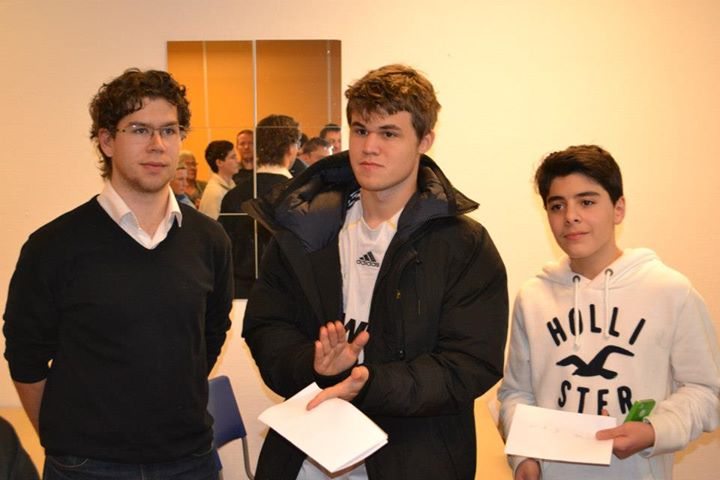 Aryan Tari after a rapid tournament in December 2012 where he beat Jon Ludvig Hammer, but lost to Magnus Carlsen. Photo: Olga Dolzhikova

Among other things, Aryan spoke about his future ambitions, saying he thinks he has a chance to make it to the first team for Norway behind Magnus Carlsen, Jon Ludvig Hammer, Leif Erlend Johannessen and Simen Agdestein. His coaches Swedish IM Axel Smith and Russian GM Evgeny Romanov has helped him with his progress, but most of all he prefers to play.

With a remarkable 328 rated games the last two years, Aryan is by far the most active player in Norway. This summer, he is set to play in Politiken Cup in Denmark, Riga Open in Latvia in addition to World Youth and World Junior Championship.

Bjerke asked Aryan what many wanted to know the answer of:

– Aryan, when will you become a grandmaster?

– Maybe within two – three years, I hope.  I have to do very well in order to make it earlier than that.

Remembering his answer, yours truly decided to ask him moments after the IM title was secured. Perhaps it was time to adjust his goals a bit?

When asked about his long term goal, Aryan replied:

Yes, that’s pretty much what Magnus Carlsen said too!

Aryan’s finish in his 4th round game in the Norwegian Championship vs IM Andreas Moen was lethal: